The Japan Festival is a one-day event held annually at Johnson County Community College. We’re dedicated to educating and entertaining the Greater Kansas City Metro Area through an introduction to Japanese culture.

The Festival showcases the traditional culture, pop culture, food and art of Japan, along with the vision, technology, and hopes for the future shared by the people of Japan and the people of the Kansas City area. It features Japanese musical performances, traditional Japanese foods, a Japanese candy artist, Japanese snacks and sweets, a Bazaar shopping extravaganza, exhibits Japanese cultural village for kids, martial arts, anime & manga, workshops, demonstrations, cultural presentations, and more!

During the pandemic, we created an all-digital experience for the Festival. To view videos of performances and workshops, visit our 2020 Virtual Festival page.

Special Presale Ticket Discount: Buy your tickets online prior to 10/6/23 and receive $5 off your ticket price. Online ticketing coming soon!

SEND US A MESSAGE

Have questions about the festival? Unable to find something on the website? Contact us and let us know! 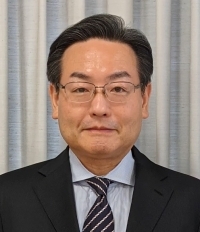 CONSUL-GENERAL OF JAPAN IN CHICAGO

Consul General Hiroshi Tajima is currently the Consul-General of Japan in Chicago. Until August 2021, he was Deputy Assistant Minister / Deputy Director-General of Economic Affairs Bureau and Foreign Policy Bureau of the Ministry of Foreign Affairs, Japan. He also held the title of Ambassador in charge of Economic Diplomacy and Senior Official of Japan for APEC.

Previously he was Counsellor (Foreign Policy) at the Cabinet Secretariat, Office of Assistant Chief Cabinet Secretary of Japan in charge of overall foreign policy. Before returning to Japan, he was Minister (Economic) at the Embassy of Japan in Moscow from 2015 to 2018.

Since joining the Ministry of Foreign Affairs in 1989, he has held numerous positions, including Director of the Economic Policy Division, Consular Policy Division, Southwest Asia Division, Central Asia and Caucasus Division and Southeast Asia Economic Partnership Agreement Division, as well as Legal Counsellor at the Permanent Mission of Japan to the United Nations in New York. During 2008 and 2015, he was Official Interpreter to His Majesty the Emperor.

His first overseas assignment was in the Embassy of Japan in the United Kingdom.

Consul General Tajima has a B.A. in Economics, Keio University, Japan and a M.A. in Politics and Economics, University of Oxford, United Kingdom. 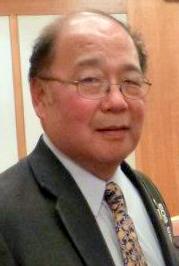 On August 1, 2016, the Government of Japan officially appointed Mr. James Satoshi Kanki as the Honorary Consul of Japan in Kansas City.

Honorary Consuls of Japan represent Japan in various jurisdictions. Their responsibilities include providing consultation and support for Japanese nationals, facilitating close relationships with Japan-related organizations and promoting a better understanding of Japan.

Members of the Heart of America Japan-America Society know that Jim Kanki is extremely deserving of this appointment. As life members, he and his wife Lydia have served in numerous board and committee roles. During the 2016 Shinnenkai celebration, Jim was recognized with a Special Commendation by the Japanese Ministry of Foreign Affairs.