There are Information Booths on the first floor of the Midwest Trust Center near the Torii Gate, across from the elevator and in the lobby of the Regnier Center. 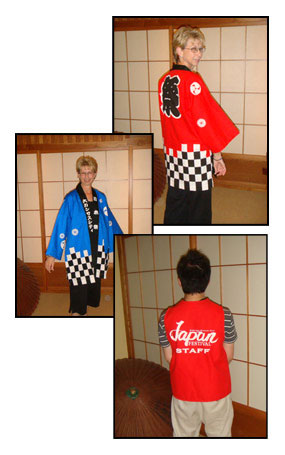 Persons without the proper festival wristband will not be allowed to attend or participate in any festival event or activity including entrance into the Food Court.

An inherent risk of exposure to COVID-19 exists in any public place where people are present. COVID-19 is a highly contagious disease that may result in personal injury, severe illness, and death. By visiting the 2022 Greater Kansas City Japan Festival at the Johnson County Community College, you voluntarily assume all risks related to exposure of COVID-19. Please do your part to keep yourself and others safe.

If you have symptoms of COVID-19, or simply do not feel well, please stay home. Thank you.

In case of an accident or a medical emergency, please contact a festival staff member wearing a red or blue Happi Coat or a red vest or go to an information booth located on the first, second or third floor of the Midwest Trust Center and in the lobby of the Regnier Center. These individuals will contact Security immediately to address your situation. Volunteers wearing the red or blue Happi Coats or red vests will be stationed throughout the festival areas to assist you in case of an emergency.

In case you have lost an item or have found an item that doesn’t belong to you, please visit the JCCC Police Department on the first-floor lobby of the Midwest Trust Center.

Prop weapons of any kind are not allowed on the festival grounds at Johnson County Community College during the GKC Japan Festival on Saturday, October 8, 2022. This includes plastic swords, knives, or other weapons including those used for Cosplay. If a festival volunteer observes any attendee carrying such a prop, they will be asked to remove the prop from the festival grounds immediately.

The Cosplay Contest will be held from 6 to 7 p.m. in Polsky Theatre. After the contest the props must be removed from the festival grounds.

In case of an emergency please use the “PHONES” on the walls of the various venues.

Return any unwanted GKC Japan Festival programs at the exit doors of the Midwest Trust Center or the Regnier Center so that other attendees may use them.